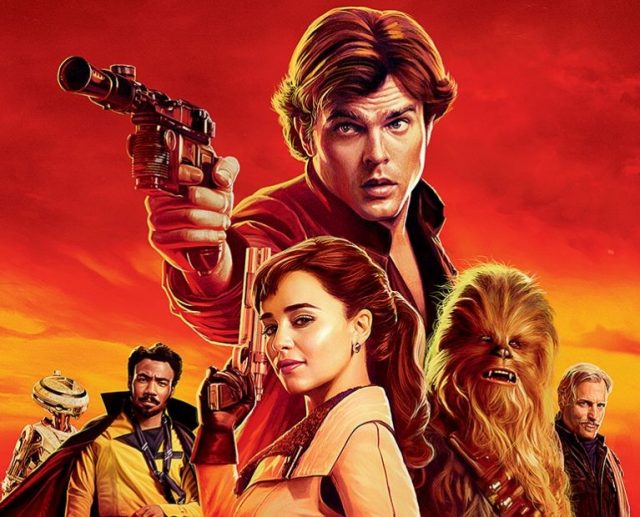 The latest Star Wars movie 'Solo: A Star Wars Story' is set to premiere at the world  famous Cannes Film Festival this May.

The Star Wars trilogy spin-off will hit the big screen for the first time on 15th May, at the most iconic Film Festival in the world. 'Solo' follows in the footsteps of two previous Star Wars franchise films, as 'Epiosde II: Attack of the Clones' and 'Episode III: Revenge of the Sith' debuted on the French Riviera.


Alden Enhrenreich takes lead role as a younger Han Solo, who is accompanied on screen by Joonas Suotamo as the mighty Chewbacca, and Donald Glover who portrays Lando Calrissan.

The 'Star Wars Story' tells how Solo, Chewbacca and Lando eventually encounter each other through a series of escapades in the darkness of the gargantuan galaxies. The movie takes you on the journey of how Hans Solo becomes one of the most iconic characters in film history, and the hero of the Star Wars saga.

Directed by Ron Howard, 'Solo: A Star Wars Story' will hit theatre screens around the world on 25th May, and will attempt to reach the incredible heights of Rogue One, which grossed $1 billion at the box office worldwide.

Will you be in attendance at the premiere of 'Solo: A Star Wars Story'? We hope you have a great time!

If you're coming to the Cannes Film Festival, take a look at some of our properties available for rent during the Festival period, and get in contact with us to discuss your accommodation wants and needs.


Rent modern 2 bedroom apartment in the heart of Cannes, between the Croisette and the Rue d'Antibes

Rent this incredible 3 bedroom apartment with panoramic views over the sea, just off the port of Cannes and a short walk to the Croisette

Rent the most prestigious penthouse in Cannes, on the Croisette with views down the beach, Croisette and the sea/port

Rent breathtaking penthouse in the Gray d'Albion, on the Croisette and across the street from the Palais des Festivals

Get in touch to discuss your accommodation for the Cannes Film Festival 2018!

Reach us at our English speaking Cannes based office on +33493999675, or alternatively send me an email at lee@rivieraluxuryrentals.com.